Full Disclosure: I work for Microsoft and enjoy my job. And this blog post is my opinion, not Microsoft’s.

This past week ended up being one of the most intense, yet rewarding, weeks of my career. For the past three weeks, I put my day job mostly on hold and took on the challenge of leading a team to put together a free virtual training event for Windows Phone 7 developers. We had developers in the thousands participating in four 3-hour sessions that covered the ins and outs of developing applications and games for Windows Phone 7.

(FYI- If you’re a developer and missed it, don’t worry, the class resource page with all course materials and demos is open to all, plus recordings of the event are coming soon. Also, see below for some behind-the-scenes pictures from the studio we used to broadcast/film.)

For better or for worse, it seems that tech blogs, Wall Street, and much of my family are using the success of the “smartphone” as the current most important defining characteristic of how a given tech company is doing. Sure, Microsoft had record earnings and sold 175 million copies of Windows 7 in nine months. And sure, Xbox 360 + Xbox Live + the upcoming Kinect is the best thing to have happened to gaming in the past 10 years (speaking as a die-hard PC gamer turned console convert).

I could go on and mention several other billion dollar businesses Microsoft has built over the years, but they’re the unsexy, enterprise type that tend to bore blog readers. The real question on everyone’s mind: how will Microsoft play in the smartphone market? Well now that there’s tons of coverage on that, we’re all in wait-and-see mode. I, for one, have loved what I’ve played with and am also very encouraged by the overwhelmingly positive response we’ve gotten from developers who took our training.

So while Wall Street yawns, I continue to use a more holistic approach to measuring the success of a tech company. Not least of which starts with it being a great place to work! 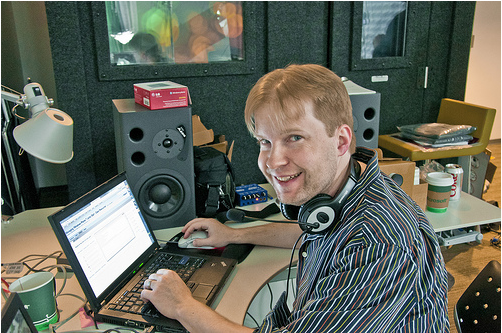 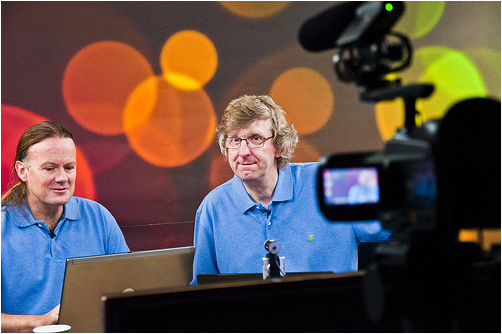 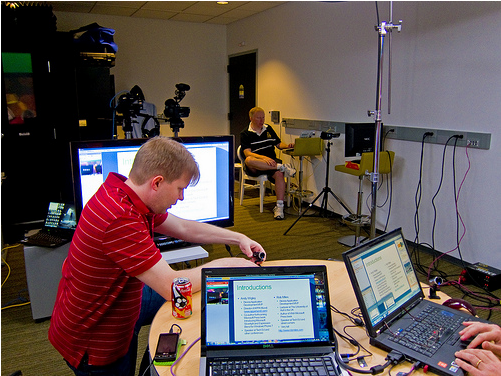 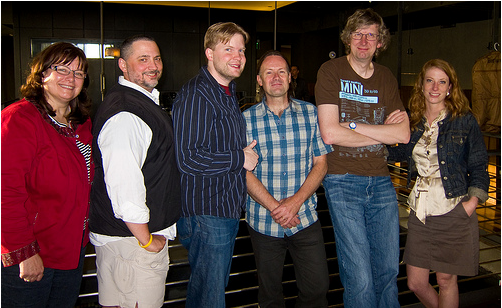 Thanks to Rob Miles and Elese Moran for the pictures.