Wow, some major love for Apple tonight coming from none other than Bill Maher:

“America needs to focus on getting Jobs, Steve Jobs… In 2001, Apple reinvented the record player, in 2007 the phone, and this year the computer. I say, for 2011, we let them take a crack at America.”

“Our infrastructure, our business model, our institutions, get rid of the stuff that’s not working, replace it with something that does. For example: Goodbye US Senate, Hello Genius Bar. So good luck, Steve, ’cause you’ll need it. Of course, I’m sure he’ll make us change the name.”

[Cut to image below]

But interestingly enough, in an earlier segment, he showed a screenshot of an Apple customer satisfaction survey and complained (generally, even if using Apple as an example on screen) that companies bug him too much with satisfaction surveys. So what should we make of this?

Probably not much other than Bill Maher seems to be fan enough to give Apple credit for the iPad already having reinvented the computer. Record player and phone, sure, I see that. But computer? I think Maher may have watched one too many Apple ads for the iPad. The jury’s still out on whether or not it deserves being placed alongside new record players and phones.

Of course, the extrapolation makes sense and isn’t necessarily a bad bet to be making. But let’s wait and see.

*Update* There’s a video of this here that starts right after Bill Maher complains about customer satisfaction surveys (last couple minutes is the main Apple part).

*Update 2* See below for embedded YouTube version of the entire segment. 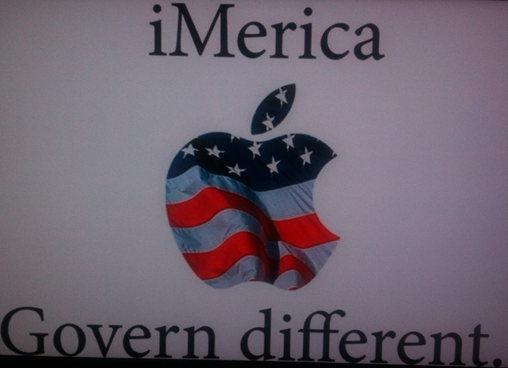