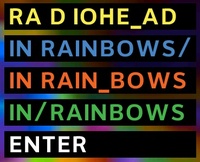 Radiohead frontman Thom Yorke decided to open up a little on the band’s “pay what you want” experiment from last year:

“I think it was a one-off response to a particular situation… It was one of those things where we were in the position of everyone asking us what we were going to do. I don’t think it would have the same significance now anyway, if we chose to give something away again. It was a moment in time.”

Translation: “We didn’t make as much as we are hoping, and it would only be less if we used that model again.”

Incidentally, Radiohead never did reveal sales figures from its experiment and even responded to a third party study (calling the results false). In contrast, Nine Inch Nails frontman Trent Reznor was willing to share details on his success story. The digital version of the album Ghosts I-IV was offered for free while there was a charge for premium versions. Reznor said last month that the album had generated nearly 800,000 transactions and $1.6 million. And he had some interesting thoughts on the Radiohead experiment:

“I think the way (Radiohead) parlayed it into a marketing gimmick has certainly been shrewd… But if you look at what they did, it was very much a bait and switch, to get you to pay for a MySpace quality stream as a way to promote a very traditional record sale.”

Radiohead’s album is now on Amazon for $9.99 (or $8.90 for the download version, which is a higher quality version than what Radiohead gave away). Meanwhile, Reznor released a new NIN song for free and Cold Play released a free download ahead of their album release (which took down their website temporarily).

Free isn’t dead yet. And it’s not the only way. Check out “How To: Get Consumers to Buy CDs Instead of MP3s.”