The Economist, via numbers from Comscore, tells us that since the beginning of November online spending is up by 18% compared with 2006. And Thursday December 6th was the “biggest online spending day yet” with sales of $803m, which made for a weekly online sales record of $4.6 billion (see chart below). Meanwhile, the Wall Street Journal today explains that traditional retailers are making a final big push before Christmas (why would they ever not make a big push at this time?).

The articles cites a study/survey, which shows that approximately 71% of shoppers were done shopping as of December 23rd while past holiday seasons have had more like 85% of shoppers done by the 23rd. Part of the article reminded me of my own situation:

“While online shopping was a bright spot this season, by Saturday, few retailers were guaranteeing delivery by Christmas, or were charging a premium for it. Thus, many headed to the malls, at times braving nasty weather.”

For whatever reason, I was one of these procrastinating shoppers and didn’t start shopping until Friday, December 21st. As my parents, brothers, and sisters all live in different states, I had to act fast to get them presents before Christmas day. I could either shop locally or shop online and have them delivered. Since Amazon has a wide selection and even offers gift wrapping, I thought I’d go with that option.

But then, in order for the presents to make it there before the 25th, Amazon shipping estimates basically had me paying for the gifts twice! Fortunately, Amazon has a feature called Amazon Prime. For $79 per year, you get free Two-Day Shipping on over a million in-stock items and Overnight Shipping (what I needed) for only $3.99 per item.

Even if I do shop on Amazon frequently, I had never really considered Amazon Prime previously. But last minute Christmas shopping was quite the incentive. Basically, I was going to pay more than the $79 yearly fee for my shipping anyway, so why not get a year of free shipping as part of the deal? I’m surprised Amazon didn’t have ads/promotions for Amazon Prime plastered all over its homepage for the week before Christmas.

For more on shopping comparisons, see Marion’s Online Shopping vs. Retail Stores: Which is the better experience? 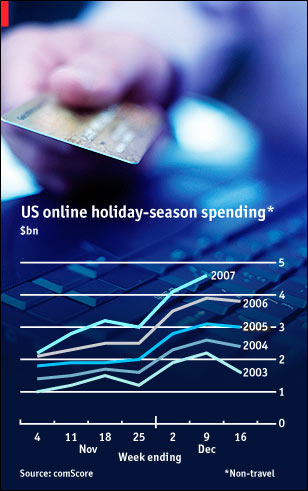